Over a decade ago, investigators noted that approximately half of the women attending a gynecology clinic had symptoms (e.g., abdominal pain, change in bowel pattern) compatible with a diagnosis of irritable bowel syndrome (IBS). But what can be said about IBS in Women?

Since that study, a number of other studies have demonstrated a higher prevalence of gynecologic disorders, such as pain associated with menstruation (dysmenorrhea) and premenstrual distress syndrome in women with IBS as compared to those without IBS.

-during their menstrual cycle.

Women with IBS also report other more frequent and bothersome symptoms such as fatigue, backache, and insomnia, and may have greater sensitivity to particular foods, such as those that are gas-producing, around the time of menstruation.

For many women, the link between GI symptoms and their menstrual cycle may not be intuitive. The use of a daily diary in which both menstrual cycle days and symptoms are tracked often helps women see patterns in their symptoms.

The overlap of IBS and gynecological disorders

In our prior studies of over 150 menstruating women with IBS, approximately 45% and 35% self-identified themselves as also experiencing dysmenorrhea and PMS, respectively. Indeed women with IBS reported higher levels of uterine cramping pain at menses than women without IBS.

In another study approximately 30% of women with IBS reported a history of chronic pelvic pain.

Perhaps more difficult to clearly discern is the overlap between IBS and endometriosis. Several studies suggest that women with endometriosis [a condition in which tissue more or less perfectly resembling the uterine mucous membrane occurs abnormally in various locations in the pelvic cavity] have greater bowel symptoms compatible with a diagnosis of IBS.

Such overlaps in gynecological and gastroenterological conditions are noteworthy and are important areas of further investigation.

Thus, investigators are challenged to examine menstrual cycle variations in motility, pain sensitivity, the processing of signals conveyed to the central nervous system (afferent input), and the manner in which messages are conveyed by the autonomic nervous system away from the brain and spinal cord (effector mechanisms) to the visceral organs (i.e., gut, glands, cardiovascular system).

Sexual dysfunction is reported by a disproportionately high number of patients (both men and women) with IBS. From our studies we have found that approximately 32% of women with IBS report concerns related to sexual functioning.

Sexual dysfunction can range from decreased sexual drive (the most common symptom reported by both men and women with IBS) to painful intercourse.

There are several potential reasons for this finding. First, visceral hypersensitivity appears to play an important role in IBS. The distention of the bowel with gas and/or fluid is perceived as uncomfortable or even painful. This sensitivity may be unique to visceral organs—gut and glands—including the vagina, as opposed to an overall increase in pain sensitivity.

First it is important to point out that to date there is no evidence that fertility is influenced by IBS. It is estimated that in the U.S. approximately 8–10% of couples are infertile. Whether women with IBS have fewer children than women without IBS is not known.

Can symptoms worsen during pregnancy?

For several reasons, the data related to pregnancy and bowel function are extremely limited. Surveys of pregnant women indicate that GI symptoms are common with pregnancy. Upwards to a third of pregnant women experience increased constipation, particularly during the last trimester. Many women report increased heartburn and nausea in the first trimester, and another third of women report an increase in stool frequency during pregnancy. Changes in the ovarian hormones, which are elevated during pregnancy, and the physical pressure the growing baby places on the bowel wall, may both contribute to GI symptoms.

For many women, pregnancy is a time of heightened stress and this may exacerbate underlying anxiety and depression, which can lead to a vicious cycle of increasing GI symptoms and increasing stress. Again this is an area which remains poorly understood and in need of study.

Many women choose to avoid drug therapies during pregnancy, since most have never been tested in pregnant women. Concerns for fetal development and adverse maternal effects may limit use of drugs for pain, diarrhea, and constipation management. Similarly, women should avoid using herbal therapies for IBS symptoms because many remain untested. Talk to your doctor before using any medicine while pregnant.

Non-drug therapies for managing IBS symptoms during pregnancy include:

Dietary changes can also be considered safe for pregnant women. This might include:

There is no scientific evidence to suggest that women with IBS are more likely to be infertile, or that IBS symptoms are worse following delivery. During pregnancy there are changes in bowel function that may lead to increases in heartburn and constipation. Be certain to speak to your doctor about any concerning symptom during pregnancy and to discuss with your healthcare provider the use of ANY medications or supplements before taking them. 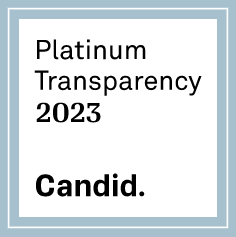 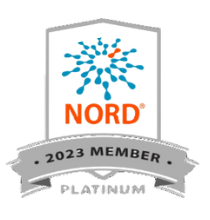